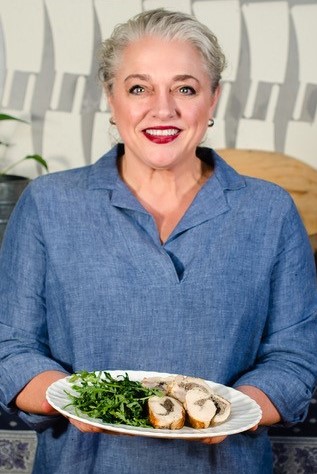 James Beard Foundation Award-winner Virginia Willis has made cookies with Dwanye “The Rock” Johnson, foraged for berries in the Alaskan wilderness, harvested capers in Sicily, and beguiled celebrities such as Jane Fonda, Bill Clinton, and Julie Chrisley with her cooking -- but it all started in her grandmother’s country kitchen. She is the author of Secrets of the Southern Table; Lighten Up, Y’all; Bon Appétit, Y’all; Basic to Brilliant, Y’all; Okra; and Grits. She was the TV kitchen director for Martha Stewart, Bobby Flay, and Nathalie Dupree and executive producer for Epicurious TV on the Discovery Channel. She’s been seen on Food Network, CBS This Morning, and Fox and Friends and featured in the New York Times, the Washington Post, Eater, and Food52. She has contributed to Eating Well, Garden & Gun, and Bon Appétit, and more. Her fans love her foolproof recipes and down-to-earth attitude. Learn more at www.virginiawillis.com.

In Secrets of the Southern Table, award-winning chef and cookbook author Virginia Willis takes you on a tour of today's South—a region rich in history and cultural diversity. With her signature charm and wit, Virginia shares many well-known Southern recipes like Pimento Cheese Tomato Herb Pie and "Cathead" Biscuits, but also some surprising revelations drawn from the area's many global influences, like Catfish Tacos with Avocado Crema, Mississippi-Style Char Siu Pork Tenderloin, and Greek Okra and Tomatoes. In addition to the recipes, Virginia profiles some of the diverse chefs, farmers, and other culinary influencers who are shaping contemporary Southern cuisine. Together, these stories and the delicious recipes that accompany them celebrate the rich and ever-evolving heritage of Southern cooking. 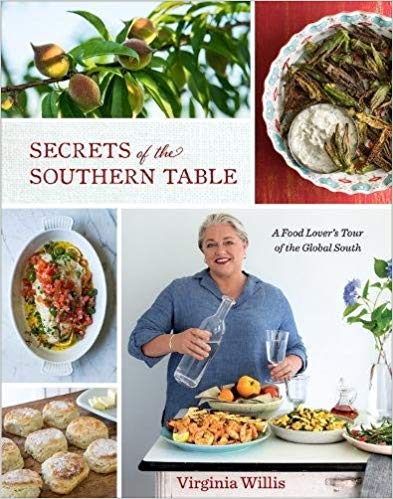