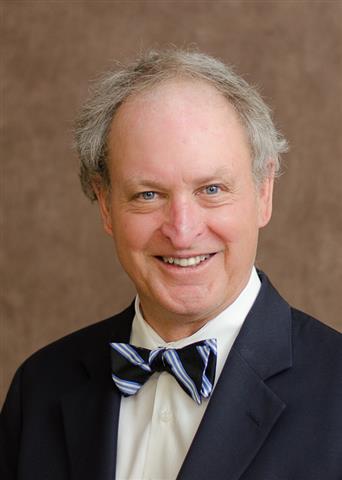 Stephen Davis of Atlanta has been a Civil War buff since the 4th grade. He grew up in Atlanta, and at Emory University he studied under the renowned Civil War historian Bell Wiley. After a Master’s degree in American history from the University of North Carolina at Chapel Hill, he taught high school for a few years, then earned his Ph.D. at Emory, where he concentrated on the theme of the Civil War in Southern literature. He’s also taught at Oglethorpe University.

His recent publication, from which he will be speaking this afternoon, is 100 Significant Photographs—Atlanta Campaign, published this past summer. It features photographs taken by George Barnard at Atlanta during the Federal occupation, September-November 1864.

Steve is the author of several books on the Atlanta Campaign:

- What the Yankees Did to Us: Sherman’s Bombardment and Wrecking of Atlanta (2012);

He served as Book Review Editor for Blue & Gray Magazine from 1985 to 2005, and is the author of more than a hundred scholarly articles. His work has recently been featured in Civil War Times Illustrated and America’s Civil War.

Steve is also a popular speaker to Civil War Round Tables and historical societies around the country. He has given talks at the annual meeting of the American Civil War Round Table (UK) in London. His favorite event was a few years ago when he addressed President and Mrs. Carter and family on the role of Copenhill (the Carter Center) in the battle of Atlanta.

This past December Mercer University Press published his John Bell Hood: Texas Brigadier to the Fall of Atlanta, which recounts Hood’s rise to commanding general of the Army of Tennessee. The companion volume, John Bell Hood: Into Tennessee and Failure is set for publication by Mercer this fall.

Texas Brigadier to the fall of Atlanta: John Bell Hood: Late in life, writing his memoirs, John Bell Hood wrote, "no man is justly entitled to be considered a great General, unless he has won his spurs." Hood did not explain how an officer earned his spurs, but he didn't need to. One may assume that such an accomplishment came about when a soldier conscientiously performed his duty, and gave his all in attempting to meet his country's expectations of him. In this work, the first of two volumes, Hood's rise in rank is chronicled. In three years, 1861-1864, Hood rose from lieutenant to full general in the Confederate army. Davis emphasizes Hood's fatal flaw: ambition. Hood constantly sought promotion, even after he had found his highest level of competence as division commander in Robert E. Lee’s army. As corps commander in the Army of Tennessee, his performance was good, but no better. Promoted to succeed Johnston, Hood did his utmost to defend Atlanta against Sherman. In this latter effort he failed. But he had won his spurs, even if he had been denied greatness as a general. 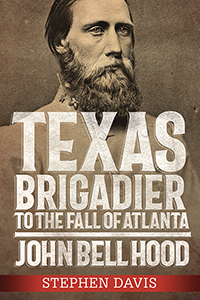